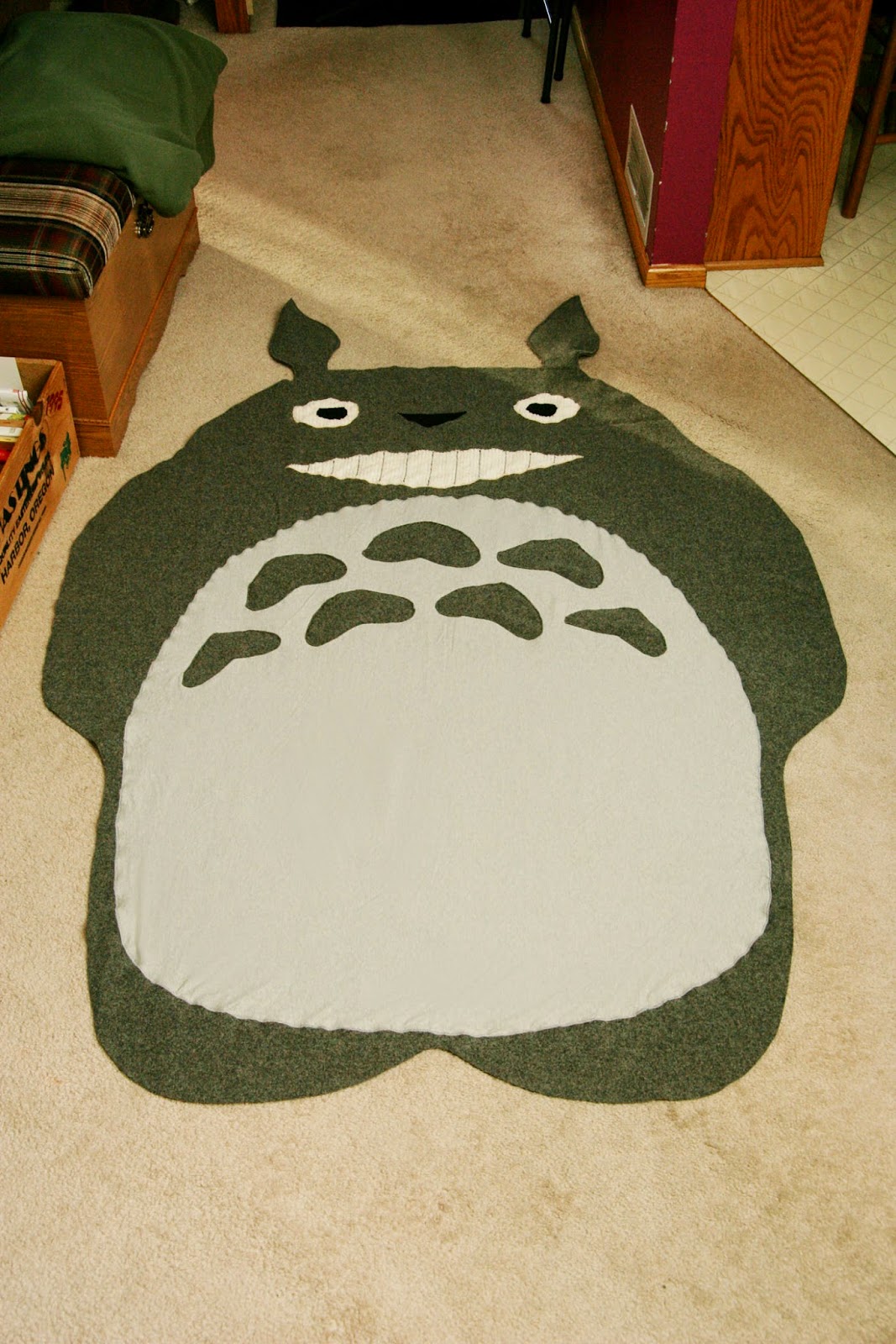 After I finished the never-ending blanket, I started another blanket. This one took one Saturday morning.  This is a Totoro blanket that I plan to use as a prop for K's Totoro themed birthday party. I want to use him for a photo booth prop so that kids can lay on him for a photo like this one of Mei in the movie. As you can see, the scale isn't great but it works to convey the idea. 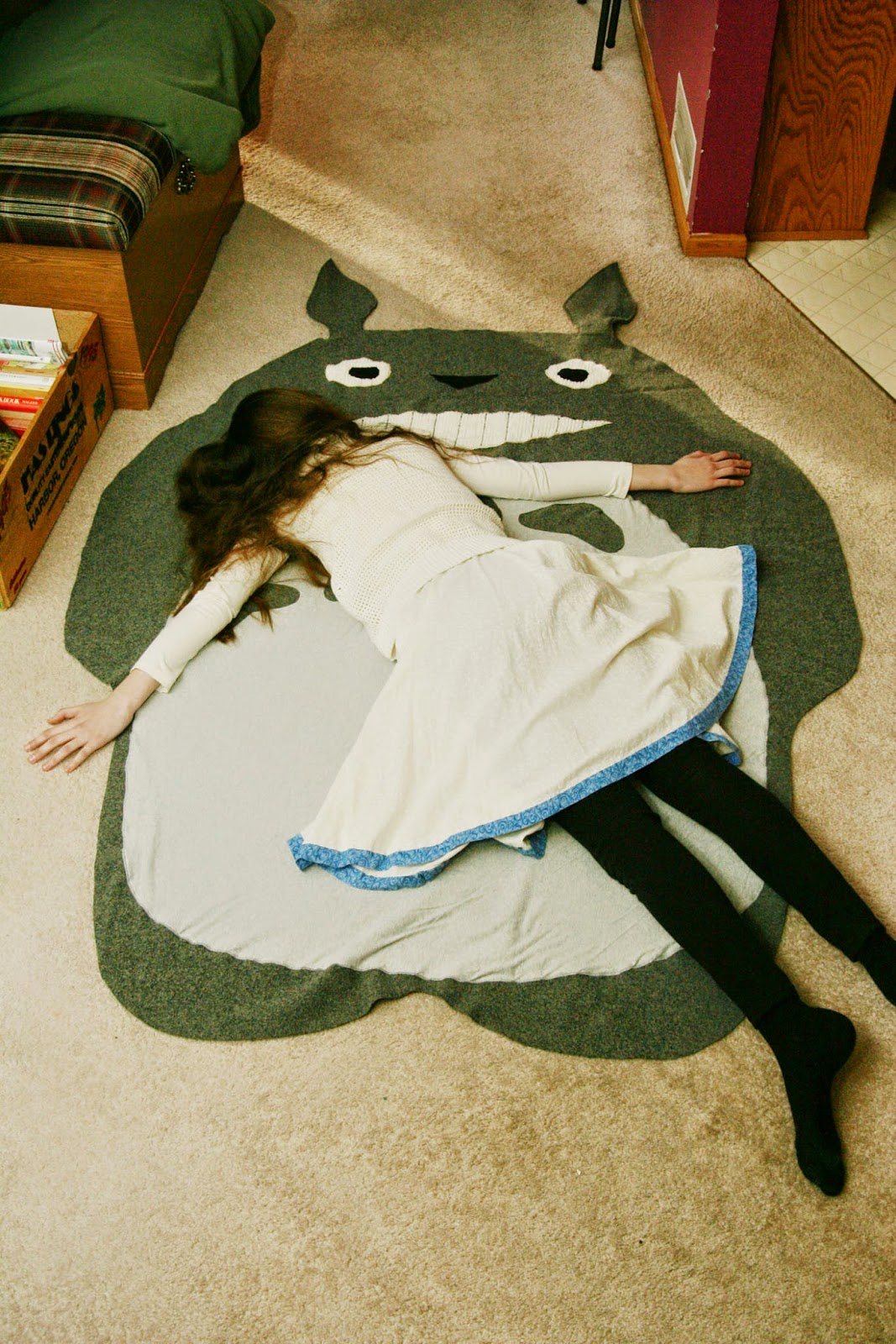 I made it from a thrift store Army Surplus Blanket and a thrift store grey jersey sheet and some bits from my stash. I didn't use a pattern. I found an image of Totoro I liked and traced half of it on a double width of freezer paper that was ironed to the blanket. Then I folded the blanket in half and cut. I eyeballed the rest. I cut duplicates of his ears to reinforce the ears on his head as they are clearly a weak spot.

K was sick the morning I made him and she immediately wanted to crawl beneath him. So my first shots of Totoro are of him in use. 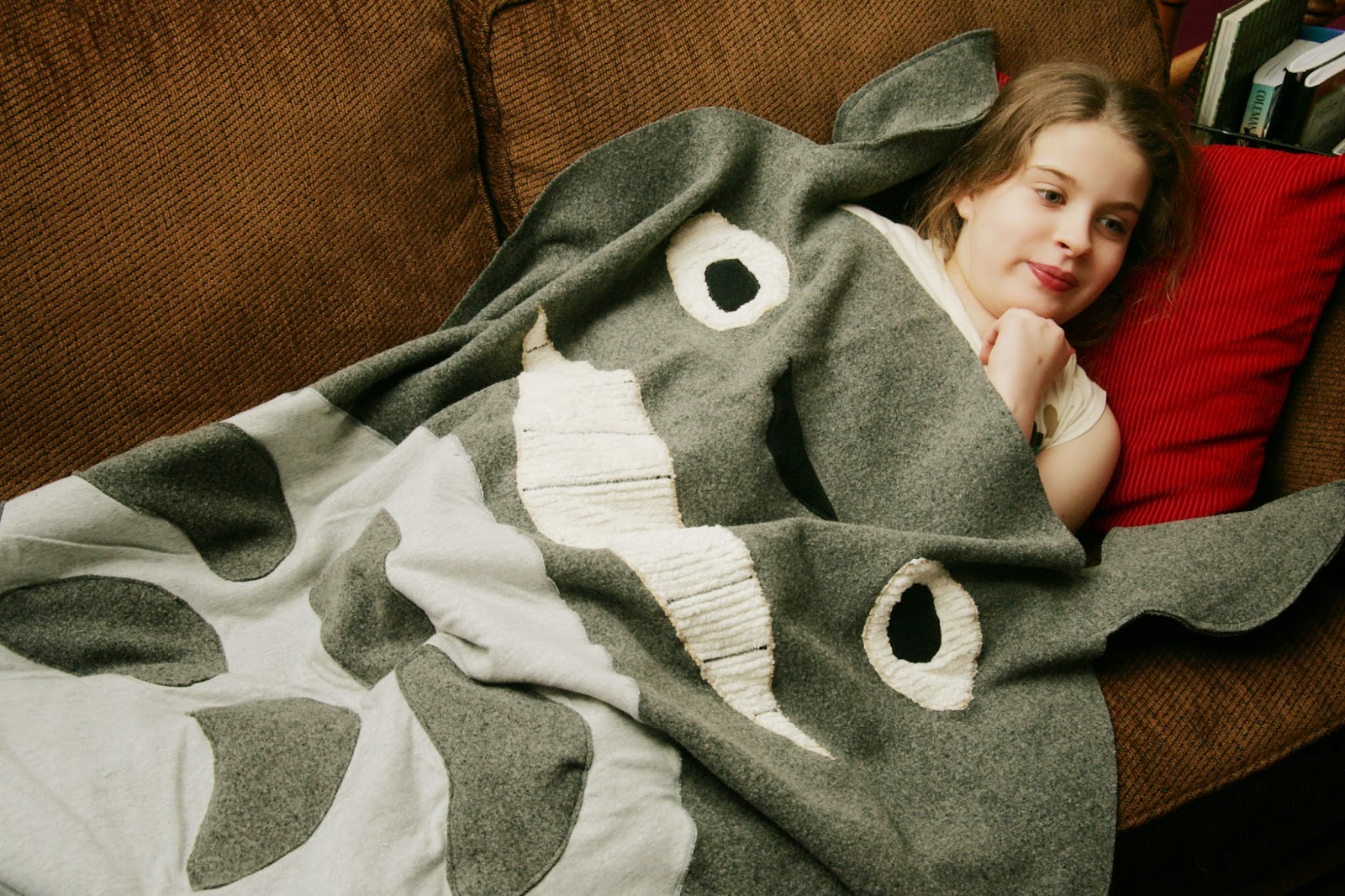 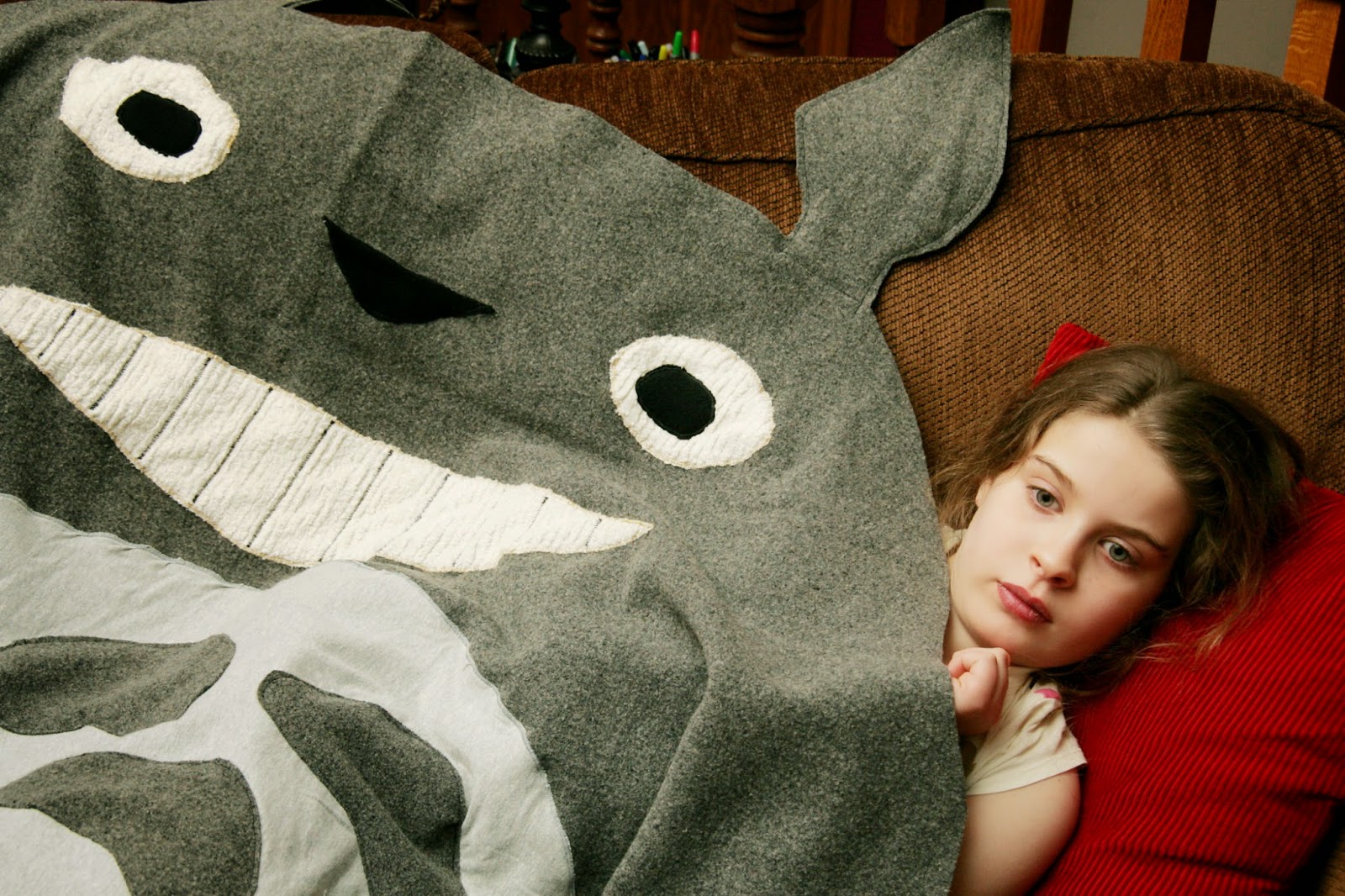 We are not sure but we think that whatever took K down the weekend I made Totoro took the rest of us down the following week when we were in Duluth for the Mache Homeschool Convention.

On our last morning there, C passed out on the bathroom floor. It was truly frightening, she fell beneath the sink and her eyes were open. She had just vomited. I was struggling to get her up when she started gagging and her eyes seem to roll back in head. I swear the child is all arms and legs, knees and elbows between the limbs and the dead weight of her body it was hard to get her out from under the sink. When Tim and I finally got her up, she opened her eyes and asked "What happened?" We told her she had feinted and she responded with a very characteristic statement "I always wondered what it felt like to feint. I don't like it."

By that evening, I was vomiting. By the next evening, Tim was sick. The girls are better but Tim and I are taking a bit longer. My stomach still bothers me a lot but Tim and I attribute it to the fact that I threw-up far more than anyone else. It is a great way to start the summer diet. :)

I am sure you all wanted to know all the gory details. Unfortunately, it is my way of throwing myself a pity party.
Posted by Melissa at 1:37 PM