I mentioned earlier that the girls attended several art camps this summer. The first one they attended was a watercolor class. The teacher was a very sweet lady and painter named Jan Oxendale.

They also attended a pottery class where they made piggy banks. I haven't photographed their banks yet as K needs to add another coat of paint to hers. They really liked their pottery teacher (an 18 year-old) so I signed them up for her next class, which I hadn't originally intended to allow them to do. Her next class was a paper making class. I know how to make paper but I really didn't want to mess with the mess with the girls so this was a great opportunity. 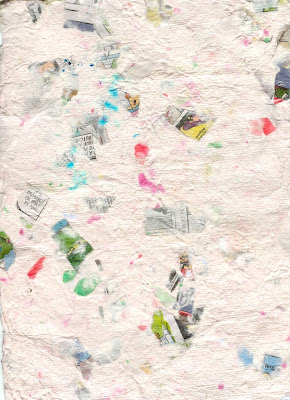 These two pieces of paper are the one's that C made. 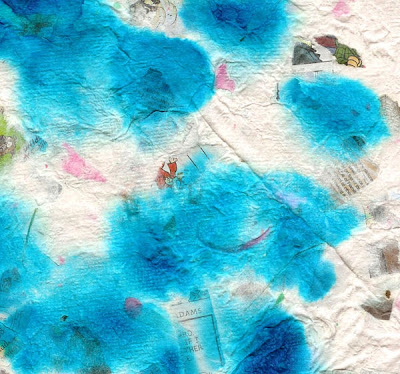 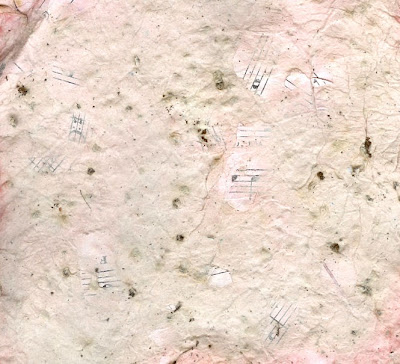 K made these two pieces. The monarch wing is from a dead monarch that we found on a walk a few years ago. 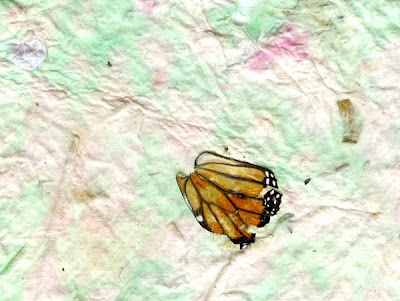 The girls' final class was a portrait painting class. C painted the following portrait of Anastasia Romanov (she had just finished reading a book about her). 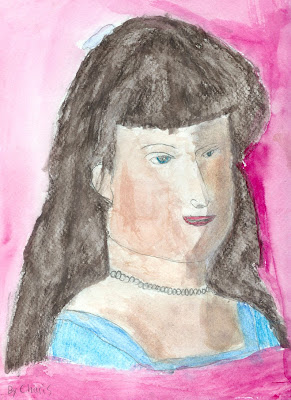 She used the photo below as her inspiration. 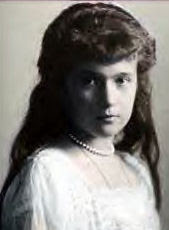 K chose to do a self-portrait using a photo that I took of her last year. 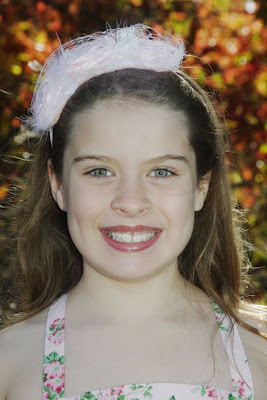 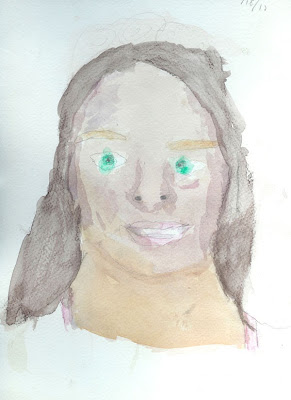 I've shared some of C's writing before. Last night she got to meet her writing coach, Jonathan Friesen, at the release party for his new book, Aquifer.  She has been working with him for two years and this is the first time she has met him. She was a little nervous but she really enjoyed the event. I met Jonathan two years ago when I attended a seminar he led and I really like him. He does a great job of stretching C as a writer and seems confident in her ability. I really, really like him.

Finally, I am going to share the dresses Mom made the girls for their unbirthday. She also made them circle skirts but I have not photographed them yet. 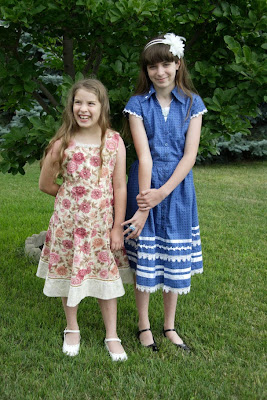 Notice the many rows of lace on the bottom of C's dress? 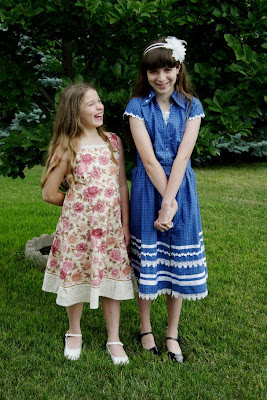