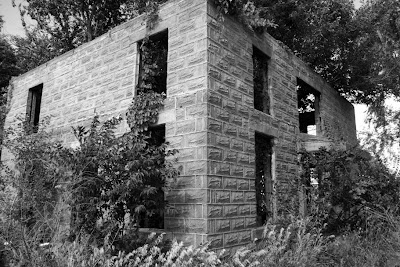 This weekend, the girls went to Grandparents' Camp with my Mom and their cousin Hannah. Tim and I dropped them off and then we drove down to Pella to hang with my Dad and brother Dustin. Life with my parents is always laid back and without the girls, it was even more so. 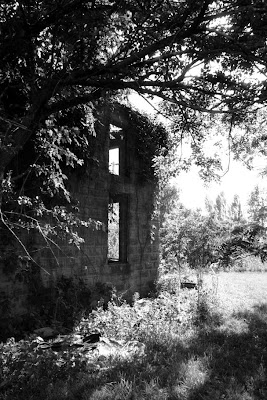 On Saturday morning, I went for the long run that I had mapped the night before with my Dad. After I had been gone awhile he left the house on his recumbent trike to catch up with me. He was great. I had told him that I had no desire to talk to him but I would appreciate his riding with me. He rode just ahead me much of the time, at my pace. Riding the hills on the Volksweg trail at my pace had to have been a great calf work out!!

It was a delightfully cool, clear, dry morning. The sky was blue with white puffy clouds, there was a lovely breeze, and the meadows around Red Rock were full of blooming flowers. While it is an invasive pest in Iowa, I am particularly fond of one of those flowers that fill the ditches and meadows, Queen Anne's Lace. 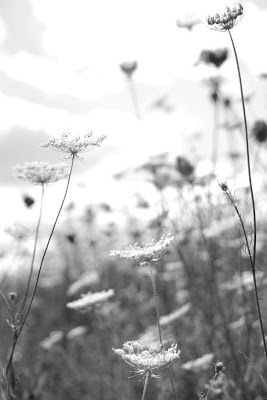 Approaching the halfway mark of the run, we saw a pair of birders who had located a pair of juvenile owls resting in a tree. They even lent, sweaty, repulsive, me a pair of binoculars to take a peek at them through.

On the return portion of the run, I had the pleasure of watching a fawn cross the trail. It is these little natural moments that keep me going almost as much as the monologue of songs and chants that run through my head while I run. 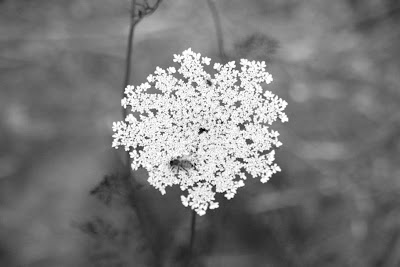 The return up the long and endless incline of the Volksweg was the worst but it wasn't as bad as one might expect. I think having my Dad along, rambling a little monologue at me helped.

So, I made a sixteen mile run and it went well and I am a tad less nervous than I was before. 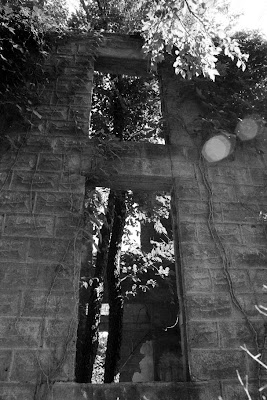 The rest of our day revolved around cooking with my Dad, reading, and the one excursion that we agreed on. None of us felt particularly motivated and no one had suggestions as to what to do. I said the only thing I really wanted to accomplish on the visit besides run and read was to get a few shots of the Queen Anne's Lace. It was a breezy day so macros were out of the question. So the four of us piled into the VW and Dad drove us around looking for the perfect field of Queen Anne's Lace.

We found this abandoned cement block structure that was quite appealing so we stopped and Tim wandered around it while I took photos. 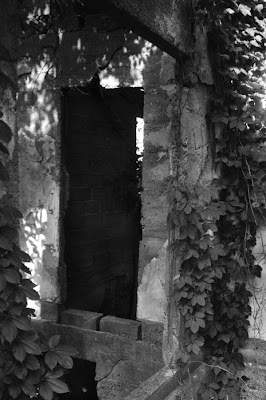 It had three levels, a basement, first floor, and second floor. It wasn't particularly large yet I found it very appealing. It reminded me of the limestone house near my old stomping grounds. It was apparently built in 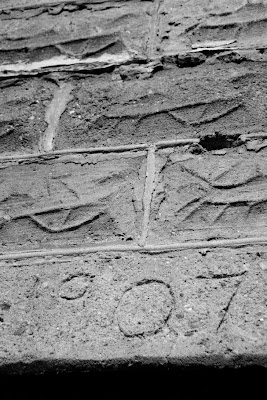 The only other building on the old homestead was a modern steel shed that appears to be still used to store farm equipment and trophies. 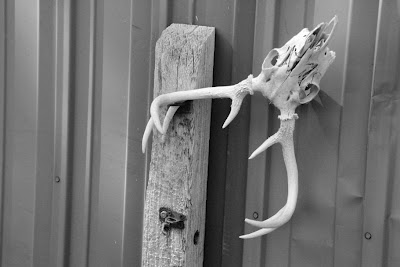 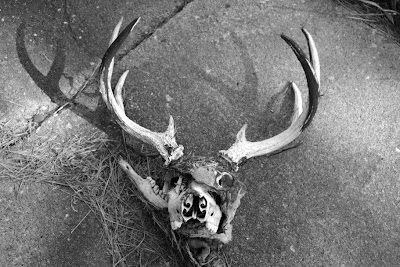 Even though it is clear that no one has lived in the house for many, many years, it still had reminders of children. 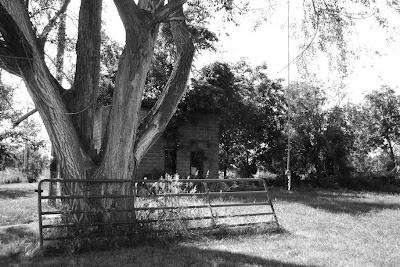 I find it amusing that three men would join me for a car ride looking for abandoned houses and flowers to photograph. I also find it touching.

We finally settled on a thick patch of flowers in the ditch across from Walmart. 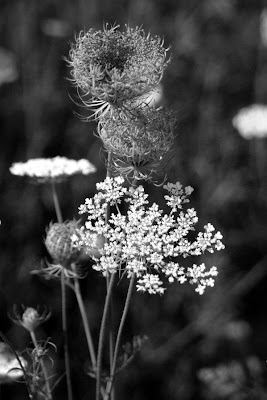 Since I mention good food in the title, I should probably detail what Dad and I made. We came up with a good jerk rub for grilled chops and roasted a bunch of veggies in an old cast iron skillet on the grill. We also bought farm stand corn on the cob. One of my former college professors made this observation on FB "Some may disagree mightily, but there are dang good reasons to live in Iowa. Right now--as we speak--number two on that list trails by a country mile." (Since he is a writer I should probably give him his copyright recognition - James Schaap 2013)

On Sunday morning, we made a zucchini egg dish for brunch before we went to pick-up the campers. Since, I didn't have my regular recipe for the dish we cobbled it together based on something similar on the internet. I think K might like this version together so I will do some experimenting when the zucchini start producing.

Mom and the girls seemed to have a really good time at camp. The girls are still recovering and are very, very tired. 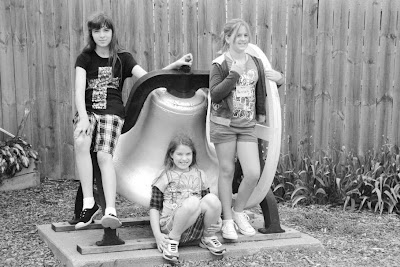 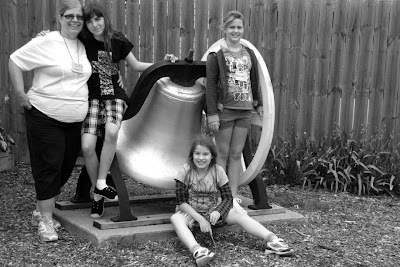 I will try to catch you up with the rest of the summer this week.
Posted by Melissa at 2:01 PM